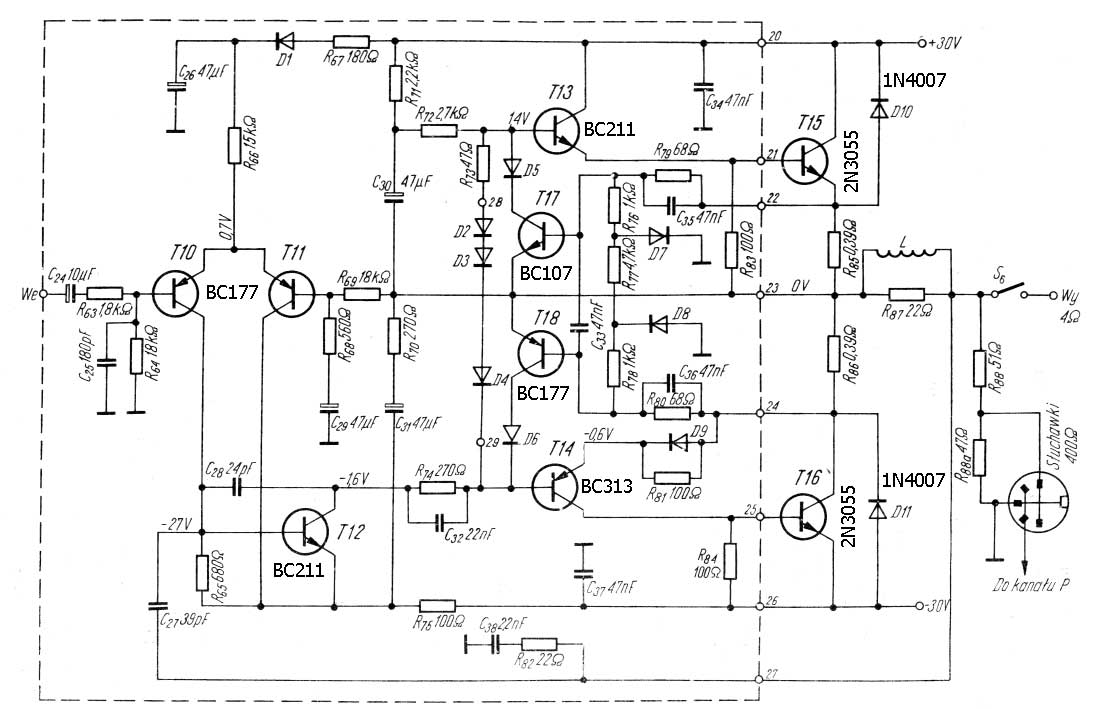 This slow old dinosaur, the 2N3055, outlives many new devices

Imagine building an amplifier in the late 60s which didn’t break the bank but could outperform most tube amplifiers in terms of raw power.  Rand per Watt silicon has no equal in the audio industry.  Audio meaning reproduction of a  music source of course,  pressurised air or steam is in a different league.

There were many ‘transistorised’ amplifiers in the 60s, mostly low power and Germanium. Germanium was the runaway king, a little bit too temperamental for DIYers and of course they could be very expensive.  The common configurations used the AC128/AC127 and AD161/AD162 transistors. Philips made some pretty good audio equipment with these devices but it wasn’t until the birth of the Silicon wonder, the 2N3055 that things started to take shape both in terms of reliability and power.

In the 60s most homes would at maximum have a sound system of a few watts, perhaps 5 to 6, powered from a single tube output stage in what was known as a Gramophone, the radio-record player combo. You know the type granny and grandpa had that you were not allowed to touch.  Ball and Claw, magnificent finish. If the reader here is under 25 I doubt you know this or possibly have ever seen one.  Even reel tape recorders were not that common unless you were a real geek and here we would be looking at 300Hz to 7kHz for an entry level model.

The 2N3055 was an RCA invent, introduced in the 60s but really only seeing a wide usage in the early and middle 70s. The ratings, as I recall, which I won’t state from the book spec was 115W, 15A, 60V, Hfe 20 at 4A and a cut off Ft of about 800kHz. These were well suited to linear regulators and inverters. They had to run cool, 100W quickly became 60W at about 70 degrees C or even lower.  Catastrophic failure was usually caused by inadequate cooling,  short circuits and my personal favourite – bad seating of the transistors on the aluminium and a common problem in these earlier devices, “secondary breakdown”. (just watch your +Vcc friend).

The all time best seller in South Africa was the legendary Autona 125W 4 Ohm (with 4 transistors in the output stage) running on a single rail 80V supply. Coupling to loudspeaker was through a 2200 uFd electrolytic which alone was enough to either blow the transistors on switch-on or take the tweeters out. These “disco’ amplifiers were sold at the legendary Hamrads in 1976/77 for about R36.00 each.  The DJ fraternity stuck to Fane and then Novik 12” speakers, mostly 8 Ohm.  (audio out 80W into 8 Ohms).  Compare this to the bullies of today.

In time these amplifiers made way for split rail power supplies and the complimentary 2N3055/2N2955. Were any of these actually any good? Almost definitely – bear in mind that we listened to loud and not quality. Quality wise, well one shouldn’t forget that NAD 3020 used these transistors as well. In time these transistors were made more reliable, for instance the 2N3055H had a higher operating voltage and of course manufacturers were looking at higher cut off frequencies due to changes in design technology.  (hometaxial to epitaxial). The 2N3055 is also a highly counterfeited commodity which nearly always renders them useless in any circuit – I always looked for the Toshiba range. They were also more reliable, along with RCA (if they were not the counterfeit ones).

So where does one find ourselves modern days?  The 2N3773 became my favourite for reliability and then of course as we moved to the insane amps of the era, we had the Carver 400 and 700 Watters.   Here most technicians are using MJ15003s/complimentary pairs. They aren’t cheap but when one is building an amplifier to power a 300W sub these speakers are not cheap either. 4 transistors per leg is not uncommon and at rails sitting at about +/-50V to +/- 80V things start becoming complicated if care is not taken.

The 2N3055 may be old, but it certainly hasn’t been forgotten.

I’ll remember to post a picture of the 125W Autona modules this weekend coming 18/19 Feb 2017.  These units could run 50W with the aluminium heatsink supplied into 8 Ohms at 50V DC.

[Editor’s note: in the forums many newbies are put off building a 2N3055 audio power amplifier by the “experts” because of the age of the device. I find this rather disappointing, there were thousands of amplifiers around then and now too, using these transistors. Yes, there are many replacements which may or will sound better at a price but for anyone wanting to learn, let them do so at their own pace, their own pocket and at proper instruction – not just “don’t do it!”]