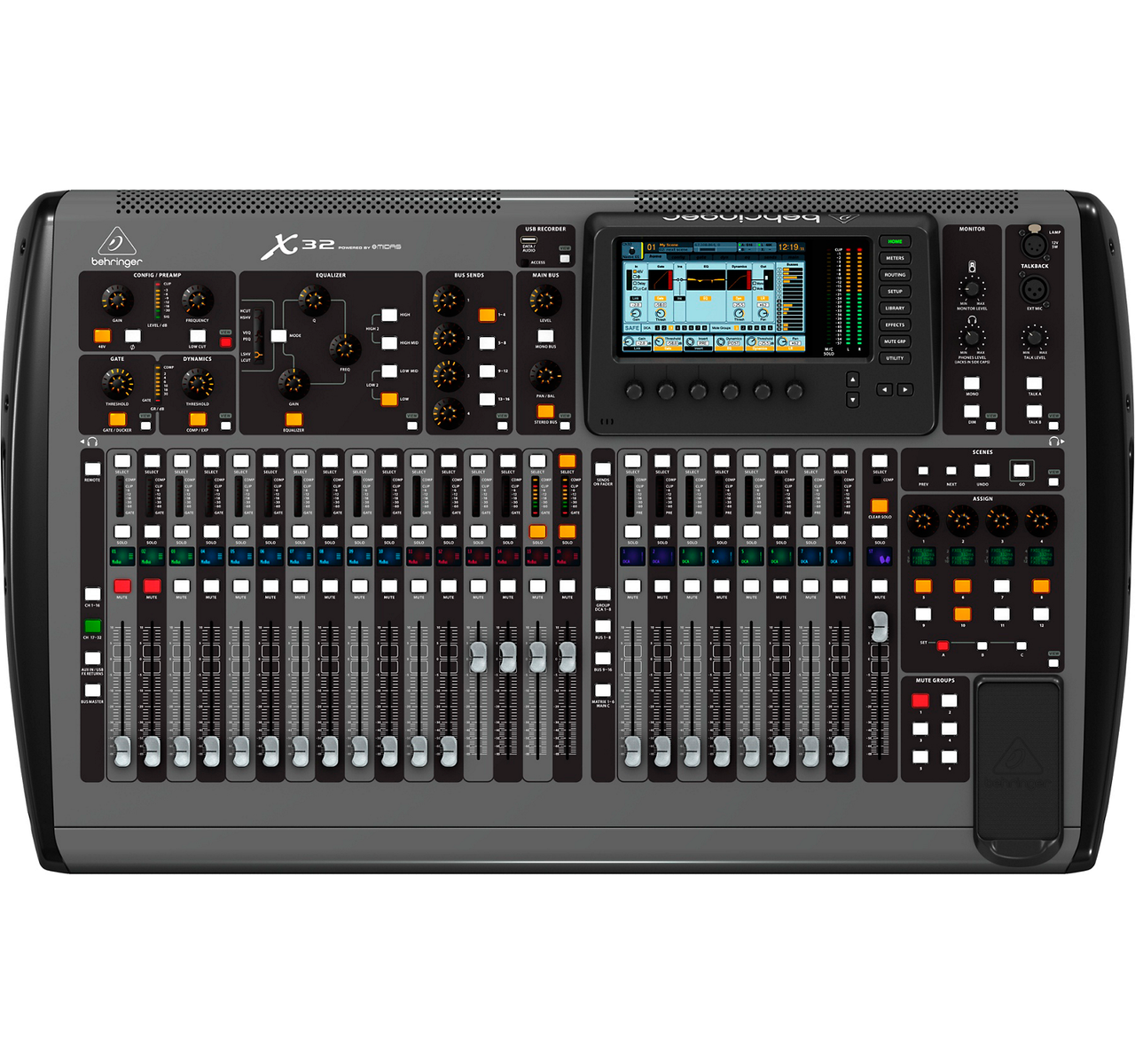 Why do we promote Behringer as a brand?

Shane in Kenwyn sent a mail to us about three weeks ago asking why we tend to promote Behringer as a brand?  The quick and nasty reply would be yes we do, no we don’t. Actually we don’t have any bias towards any manufacturer but we do stick up for brands that may be getting an unfair reputation.  We need to look at the trend towards Asian manufacture and then our own demographics.

Over the last 20 years or more China has become the hotspot for European, Japanese and American manufacture of electronic products and for the sake of this article we concentrate on professional and consumer audio gear, laptops and computer monitors.  Through early years there has been countless reports of manufacturers battling with quality control and R&D, more often than not still in the country of design.  This has changed tremendously.  We mustn’t kid ourselves, both Taiwan and the ROC have moved up the ladder to a deserved #1 spot in many fields.  Recognised as copycatters, this role may well be reversing.  Chinese engineers are some of the best and highest paid in the world, so much so that manufacture is looking at Indian manufacture to remain competitive.

Behringer has moved their manufacturing plants to what is now known as Behringer City, Zhongshan.  Much of Behringer’s woes and reputation as being a manufacturer of unreliable products can also be said of other manufacturers moving their tooling to Chinese shores.  I won’t mention product names, only that I have worked with three different brands all of which went through the same crises. Oh, yes there’s plenty more. Remember the catastrophic leaky capacitors and inferior electrolyte problems of the late 90s and early 2000s.

Explanations from the chairman himself

Uli Behringer, the Chairman of Music Group took the time and trouble to explain the failure of an amplifier series, the result of a defect in switching rectifier diodes for the PSU.  Not the corporate spin doctor.  This was done on one of the most widely read audio forums, Soundforums.net. Ditto “Gear Slutz” and an open letter from Costa Lakoumentas, Marketing SVP covering the Mackie dispute. I personally would find it highly irregular for any manufacturer of audio equipment to be re-inventing the wheel. Most circuits are not as top secret as one may imagine, so why have a design team focus on a new design on something that has already been designed.  Also how many shapes can a mixer come in?

Look at the date and unfair comparisons

Much of what is read about Behringer gear stems from few years back. Are they still so unreliable and cheap? Why do we compare a R15 000.00 product with one which costs R7 000.00. (analogue mixer).

I’ll now focus on the EP4000 amplifier. Possibly one of the best professional series amplifiers every built. They are by no means cheap, just look at the second hand value.  Buck value, simply incredible.  I have the NU4-6000 power amplifier.  Complaints of fan noise. Sure one can replace the fans. This amplifier wasn’t designed for the bedroom – it’s hard core flat out performance under demanding circumstances has proven time and time again to be one of the best amplifiers on the market.  Yet bashers will complain of the 1200W RMS out and not 1500W as claimed.  No, power output at those levels should not be the prime selling point and it really isn’t.  Which gets down to the harsh reality, why Behringer?

Possibly being the underdogs is a problem. Underdogs which are rapidly taking over the market because of affordability. In South Africa I have noticed more and more music venues opting to use Behringer gear, especially in the entry level and smaller budget market.  I’m not a church goer but have a look next time as to where you see a lot of Behringer gear.  Places of workship.  Ditto start up musicians.  Behringer has slogged hard to make their gear affordable to youngsters or startups. Their mixers, the X32 series are world beaters and they definitely do not belong in the entry level space.  I played with one for a week and although out of my price range one needs to do a comparison with units costing up to 4 times the price.

Demographics of a country which could be manufacturing

Our demographics is such that most South Africans love music.  So much so that too date I have often wondered why we aren’t building our own gear. Actually, to be more specific, why we aren’t building gear like China does.  Looking at the industrial strike season and the inevitable outcome we sure don’t look attractive on the world map to investors. I believe our new Pres is going to change a lot of this.  Just as no company wants only one big buyer we cannot rely on tourism alone.  This must change. We have some really remarkable people in this country, including exceptionally bright engineers.

There have been some incredible people in the music industry, not the artists only,  but we need to start looking at our landscape and why South Africa has never been dominant in the music and audio industry. What a better way than to actually read up on case histories and not the negatives.  We only need one Uli Behringer to get matters right, instead of this pathetic beating on the same most unmusical drum.

Perception and not education rules

Unfortunately perception has it’s own set of rules.  Two well know pro-audio resellers in Cape Town gave me their verdicts:  “We don’t keep Behringer gear because of their known unreliability”.  The other “we find Behringer very reliable”. Can’t figure this one out. And I also have a Dixon active mixer which has been going strong for over five years.  In actual fact this unit is a lot more sturdy than many expensive pro gear.  And I’m not looking at Behringer gear.

In conclusion my belief is that Behringer did indeed fall foul to the first round of poor manufacture post European builds.  Compare apples to apples, Behringer gear may not be as robust as a product from a so called competitor at three times the price.

So in a nutshell Shane, look after the product and it will look after you.

(as an aside, like with most electronic gear it’s the mechanical aspects and power supply which bring up the price.  I wanted to purchase a Yamaha mixer two years back but was put off by the small, cluttered, unfriendly controls. Yet this mixer is

rated very highly. The same goes for some of the more expensive gear).